NCN - The SubGenius Documentary After Party Special (with Puzzling Evidence) 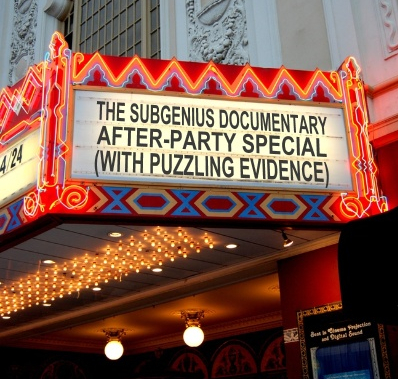 NCN - The SubGenius Documentary After Party Special (with Puzzling Evidence)

Webcast on June 9th, 2019, the bulk of this program is the post-produced 'Narco-edit' of our appearance on The Puzzling Evidence Show on May 31st, 2019, along with Puzzling Evidence, and Dr. Hal, as well as Tracy Feldstein, a philanthropist, all in the KPFA on-air studio mere hours after we all saw the San Francisco premiere of the new documentary called 'J.R. "Bob" Dobbs and The Church of the SubGenius'. We all talk about the movie at length as well as many other subjects of interest!
More info on this film is here:
https://imdb.to/2F0uj4Z
This NCN version is augmented by clips from the 'Ask Dr. Hal' show (also with Michael Peppe) which was on Radio Valencia soon after the Puzzling Evidence Show. Also, peppered throughout are exclusive clips of Dr. Hal's brother (who sounds uncannily like Hal himself) when he appeared on 'The Show' years ago (RIP) as well as a few other surprises.
Note--If you get the lossless (.flac) version of this program, the Puzzling Evidence Show segments are in better quality than what is generally out there in .mp3's as the source material was originally encoded at 160kbps and 48kHz. This superior sound quality has been preserved.
To Help Support Our Latent Einstein Outreach Ministry: https://bit.ly/2XwViMX

The Puzzling Evidence Show - Opening collage with Philo (on tape) 21:16

Frank Zappa & The Mothers of Invention - Take Your Clothes Off When You Dance (Remastered) 2:26:42

Frank Zappa - Take Your Clothes Off When You Dance (YCDTOSA Live version) 2:28:14

What happened to Michael Peppe?

I Dreamed of Jeannie Touched Me

The Mummy and other monsters at Dragoncon

The Gate and The Pit

It's Alive and other movies